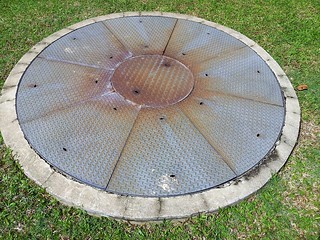 For many homeowners, the first sign of hidden leaks is a smell. If you notice the smell of eggs or sulfur, it might mean you have a sewer leak. Gas released from a hidden plumbing leak can create an unpleasant odor. Hidden sewage gas is not healthy to breathe for long periods. Additionally, an eggy smell might not be from a leak or hidden plumbing problem — it might be from gas leaks since many New England homes use natural gas as heating fuel. Either way, you might want to schedule an emergency service call with 128 Plumbing to fix any sewer leaks.

The water from your faucet should be clear, but may not be if you have hidden leaks. When clear water turns brown, yellow, or green, your hidden leak might be a bit more obvious. While colored water doesn’t always indicate a hidden sewage issue, it can be a sign of a leaking pipe or rust in your general plumbing system. Green water might be a symptom of corroding copper pipes. Bad pipes may not last through a cold New England winter, so call 128 Plumbing quickly when you notice any changes.

When a shower drain slows down, the hidden problem might be a hairball. Hair, soap, skin, and other particles can clog a drain, creating hidden sewer leaks. If the slow drain is in the kitchen, the hidden issue might be the fact that someone dumped grease down the sink, clogging the drain. When every drain in your house starts to move slowly, it might mean a more serious hidden problem affecting more than just a drain, and its best to seek help.

One of the fastest and easiest ways to diagnose a hidden problem is with a visual inspection. A glance under the sink and at hidden or disguised pipes can show the signs of sewer leaks. You should take a look at least twice a year for hidden problems, preferably before you turn on the air conditioning and again when the temperatures drop. Winter comes early in Massachusetts. A frozen pipe on top of hidden leaks can be a major plumbing disaster. Look at the hidden area under a drain to check for joint leaks in your sewer system. Discoloration can indicate slow, hidden leaks. Condensation is another possible hidden problem that indicates very slow, hidden seepage.

If you have low water pressure when you’re doing laundry, running the dishwasher, and taking a shower, it probably isn’t a sign of a hidden homeowner plumbing problem. Your municipal water supply might be the hidden problem. However, if your water pressure is low at every tap, and water takes a while to drain, you might have a hidden leak in your mainline. Often, a shockingly high bill is the first sign of a hidden water main leak. With a hidden mainline puncture, the water may not even leak into your home. Instead, it could flood a neighbor’s property, keeping the problem hidden longer.

6. Discoloration on the Walls

A sudden gush of water is not a hidden problem, but most sewer leaks can remain hidden for months as water slowly seeps throughout your home. A slow drip can remain hidden for a long time if it’s concealed behind a wall or ceiling. A slow drain provides time for sewer leaking to begin under the sink. Damp spots could indicate hidden leakage, which may be damaging your property. Dark rings and colored spots that pop up on the walls are signs that something is hidden behind the surface. Another sign of sewer leaking might be peeling or bubbling paint. Wallpaper may have similar signs when a hidden sewer pipe starts leaking.

After a rain shower, a puddle or two is a general hazard, but if you notice a puddle when it hasn’t been raining, that could mean hidden sewer leaking or a problem with your drain system. It might be hard to see during the winter when Massachusetts gets plenty of snow, but a soft or sunken spot in your yard is something you can see in any weather. If you do notice a sudden elevation change, it could mean a hidden issue like a collapsed sewer pipe. If your pipes start backing up or you have a small pool forming, it could mean a hidden leak. You might want to call 128 Plumbing to diagnose the hidden source of the leaking sewer.

When all the taps are off and no appliances are running, your water meter should register zero. If the needle keeps moving, that can be the sign of sewer leaking. After all, with everything off, you shouldn’t have any water running in your home, even if you have water backed up that is slow to drain.

A damp spot on the carpet might indicate hidden sewer leaks. Hidden sewer leaks in the slab foundation of your home may allow water to seep upward. Concrete slab foundations and hidden leaks can go hand-in-hand. In general, pipes run under and through the concrete, keeping them entirely hidden. If the hidden pipe in your foundation leaks, the concrete directs the leaks up through your floors. If hidden leaks go on long enough, they can damage your concrete foundation.

10. Exponential Increase in Your Water Bill

One of the easiest ways to diagnose hidden sewer leaks is with a glance at your water bill. Hidden leaks or a leaking sewer generally show on your water bill to the tune of hundreds of dollars. A leaking sewer might be silent and stay totally hidden until the bill comes due. Water prices are on the rise in Massachusetts, so compare usage across billing statements, not the final total due. Sewer leaks can be costly to find and fix. The earlier you find a leaking sewer, the less expensive the repair bill should be.

If you have any of the signs or symptoms of a leak, give the repair professionals at 128 Plumbing a call. Our plumbers serve the Eastern Massachusetts region and handle everything from a dripping faucet to an underground pipe collapse. Contact us today for a free consultation or to schedule a service appointment.