Is Your Boiler Valve Leaking 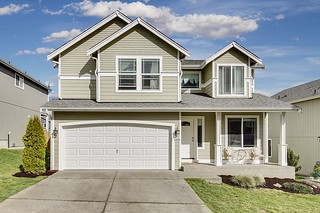 Wintertime in Massachusetts isn’t the best time for a boiler valve to leak or a pipe to burst. While 128 Plumbing offers fast, professional emergency services 24-7, it’s better for you, the homeowner, to solve boiler valve problems before they’re full-blown, burst pipe emergencies.

Although determining where and how badly your boiler is leaking is a concern for a professional, there are a few signs homeowners can look for that may indicate a leaking boiler. Keep reading to learn more about boilers, leaks, and valves.

Can I Fix a Boiler or Valve?

The quick answer is no. Unless you’re a licensed plumber or training to be one, you shouldn’t try to replace a leaking valve. Leaking boilers are a serious problem, and most of the time, leaking boilers indicate a seal or valve is broken. Leaks can lead to rust and corrosion in the equipment itself and the pipes, so assessing the damage is a job for trained professionals like the team at 128 Plumbing. If the leak is caused by a problem with an electrical component, this can cause the boiler to short circuit, which could result in a fire or other structural damage. Therefore, a leaking boiler or valve is not a simple DIY fix.

Boilers heat the home by sending hot water or steam throughout the house, along a system of copper pipes in the baseboard and/or radiators. Boiler systems are versatile heating systems, and they can keep a Massachusetts home warm on even the coldest nights. However, there are a few main reasons that these systems can develop leaks.

1. Cracks in the Boiler System

Boilers may look indestructible, but anything made of metal that has prolonged contact with water will eventually show stress and strain, especially during heavy use cycles. The heating and cooling of Massachusetts weather can do a number on boilers and their valves if they don’t have regular preventative maintenance. The expansion and contraction of metal in the boiler can, over time, lead to cracks.

The copper pipes and the valve leading into and out of the boiler may also start showing wear and tear. While cracks in a newer boiler may be repairable, in older boilers, cracks typically indicate the need for replacement.

The heating and cooling of the boiler cause expansion and contraction in the boiler itself, as well as the seals and valves that connect the pipes to the boiler and the radiator systems. Connections between a valve and boiler can loosen over time, so a professional plumber will not only check out the boiler equipment itself, but also the fittings, valves, and pipes or tubes that carry the steam throughout the home. They’ll make sure that the connections are secure. Part of preventative maintenance on a boiler is periodic checks of these valve connections.

4. Pressure Problems With the Boiler

Attached to the boiler is a pressure outlet, which allows excess water to drip outside the boiler and, while it may look like a boiler leak, it isn’t. It provides the critical function of allowing the built-up pressure to escape from the boiler. However, if too much water is coming out, the pressure in the tank may be too high. If you’re not sure how much is too much, call your local plumber.

Boiler leaks aren’t always as apparent as a flood or burst pipe. Sometimes, small and slow leaks aren’t detected by homeowners until they become a bigger problem. Rust on the boiler or valve is a good indicator that there may be small cracks due to the expanding and contracting of the heat, which might result in the drum itself leaking.

Even leaks on a tankless boiler coil may not appear as leaks on your floor, and may not even produce a wet spot. This can lead to many homeowners not realizing that their boiler is in need of repair or replacement. During the heating season, a boiler may always be hot, which could cause the water from leaks to simply evaporate.

Other things that can indicate leaks, besides a telltale wet spot, may be a build-up of corrosion, typically green or white, on the boiler or the pipes. You may also note rust on the pipes or water stains. Surface rust can typically be repaired. The plumber will slough off the rust and repair the leaks. However, thick, flaking rust on the boiler or pipes typically indicates that the unit needs to be replaced, rather than repaired.

Consequences of Leaking Boilers or a Faulty Valve

A slow leak from the boiler itself can, over time, make it deteriorate and provide less heat to the home or business. If this happens, then the boiler may develop larger leaks, a hole, or may even burst.

If the vales or seals are leaking, you may not have adequate heat in your home. Leaks also cause water damage to the house, including inside the walls where homeowners may not notice. These leaks can lead to mold and mildew forming in the walls, which can be dangerous.

Get Your Boiler Checked for Peace of Mind

Fixing a leaking boiler is a job for a professional plumber, like the team at 128 Plumbing. Sometimes, a boiler or valve leak isn’t apparent until it’s a large repair or a burst pipe disaster. To make sure that your boiler is ready to go each season, schedule an inspection with preventative maintenance. Visit 128 Plumbing online or give us a call for an estimate