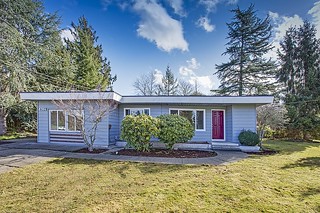 There are several potential causes of floods in Eastern MA, and often, there’s no warning before flooding occurs. Severe storms, mid-winter thaw and freeze cycles, ruptured frozen pipes, or plumbing leaks and backups can all result in a flood. Whatever the type of flooding and the reason behind it, a flood can cause considerable damage to your North Shore home or business premise and its electrical system.

What Electrical System Components Need Repair After a Flood?

It’s a common misconception that once flood-damaged electrical systems and equipment have thoroughly dried out, they’re just fine, and repairing or replacing them isn’t necessary. However, according to the National Electrical Code (NEC), exposure to flood water can cause long-term deterioration of electrical equipment and the various system components. Elements of an electrical system that are exposed to floodwaters for even a short period can corrode and degrade over time, leaving them at greater risk of malfunctioning or causing electrical fires down the road when the flood is a distant memory.

The National Electrical Installation Standards also state that repairing indoor wiring and electrical system components and equipment that have been submerged in a flood isn’t feasible, so replacing these flood-damaged items is a necessity. The system components and other electrical items in your Middlesex County home or business that may need replacement post-flood can include:

It’s common knowledge that water and electricity don’t mix, but you may not realize the hidden but serious safety hazards that flood-damaged electrical system components can pose. Poking around to check for electrical damage yourself or simply flipping a switch after a flood may cause further harm to the electrical system or result in a shock or electrocution.

What to Do About Electrical System Concerns After a Flood

Whether your sump pump stopped working during a power outage and an inch or two of floodwater backed up in the basement, parts of your Eastern MA were flooded due to an upstairs plumbing leak, or the main floor was submerged by an unexpected seasonal flood, it’s vital to have a plan of action in place for addressing an electrical system emergency due to a flood.

The first step is contacting a local electrical professional to deal with any immediate flood-related hazards. Our experienced, licensed electricians at 128 Plumbing can assess whether the power can be safely shut off at the breaker box after a flood or if disconnecting the power supply to the electrical meter is necessary.

Once the risk of electrical shocks and injuries and further harm to the electrical system are minimized, our pros can assess the extent of the flood damage. We can perform tests to determine what system components the flood water has impacted, such as the wiring and system breaker panel, and advise you if repairing and reconditioning is possible or if they need replacement.

If your property and its electrical system have been compromised by flooding or a water backup, here are some safety tips about what to avoid before an electrician arrives to perform a flood inspection to reduce the likelihood of flood-related injuries.

Electrical current from flood-submerged wiring, outlets, and other system components may be flowing through the water and shock or electrocute you. This is still a danger even if the grid is down, and the power is out because electricity can back-feed from a nearby running generator and enter your home’s electrical system.

In flooded conditions, it can be impossible to know for sure that your hands are completely dry or that you’re standing on a surface not affected by moisture from the flood. Since flood water is a superb electrical conductor, merely touching a switch, outlet, light fixture, or your electrical panel can shock you or send life-threatening electrical energy flowing through your body.

If there’s any chance that an appliance or part of the electrical system has gotten wet during a flood, don’t attempt to use it. Plugging a water-damaged item into an electrical outlet or hitting the power switch can result in a severe shock or cause a short circuit that results in an electrical system fire.

If you notice an acrid scent or the odor of melted plastic after a flood, it deserves prompt attention because it’s a warning sign of an electrical system fire somewhere in your Greater Boston home.

If you hear buzzing or popping sounds or see sparks in a room or area of your home where flooding has occurred or water has backed up, stay away from these locations until the issue can be investigated further. These are all signs that the electrical system has been compromised by floodwater, and there’s a significant risk of an electrical fire.

Contact 128 Plumbing for Post-Flood Assistance With Your Electrical System

Because of the dangers of dealing with flooded or wet electrical system components and household equipment, it’s critical to have licensed professionals like the team at 128 Plumbing inspect your home after a flood. Our skilled electricians can thoroughly assess the flood damage to your electrical system and quickly and safely repair or replace any ruined system components. We also offer HVAC services, so we can check all the components of this essential household system to determine whether they’ve sustained any flood damage and need repairs or replacement.