Why Ductless AC in Wenham Is Ideal for an Older Home 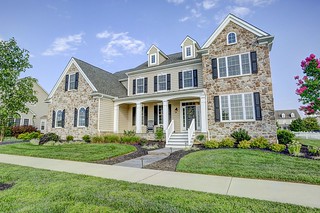 While Massachusetts is famous for its extremely cold winters, it’s also known to get sweltering hot when summer arrives. If you’re thinking about adding air conditioning to your Wenham home, you may want to consider the benefits of ductless AC.

These can include lower installation costs compared to the expense of running all new ductwork, being able to control the temperature in a specific room or part of the house, and the improved energy efficiency of ductless units. Read on to learn more about the advantages of this type of home cooling.

An Alternative to Running New Ductwork

Mini split installation in Wenham provides a means to cool off your home without requiring new ductwork. It’s also a way to retrofit an older house that has a ductless heating system, such as one that’s hydronic, or one that works using radiant heaters. The cooled air is delivered to the room through a small hole rather than being pushed into traditional full-size ductwork.

Get ready for the warm Massachusetts summer by chatting with your 128 Plumbing technician about the advantages of installing a mini-split ductless AC in your home.

Climate Control in a Specific Area of the Home

Ductless AC’s design makes it ideal for cooling specific areas that you choose. This makes it a useful alternative to the type of central air conditioning that typically cools the whole house at the same temperature. It’s also practical in older homes because their central air systems may cool the air unevenly, leaving areas that need more cooling help from a ductless system.

If one person in your home likes it cold and another prefers warmer air, it’s possible to set up a ductless cooling system to cool only one room. That way, you’re not paying to cool the air in areas unnecessarily.

With a ductless AC system in your Wenham home, each room has a thermostat of its own, which may mean energy savings for homeowners. First, there’s no need to use extra energy cooling rooms that aren’t in use. Also, cooling only the areas that are being used helps you save on your Massachusetts energy bill because you’re only paying for the cooled air in the rooms you choose.

For more details on your potential savings, discuss the amount of energy used by your current system, or another unit you’re considering, as well as how it compares to a ductless AC, with your 128 Plumbing professional.

With an AC that’s ductless installed in your home, the air is pushed through a small hole into the rooms you select, so there’s no ductwork to fill with cold air and fewer places where the conditioned air might leak out.

More Secure Than a Window Unit

Installing ductless air conditioning means there is one less point of entry where an intruder might enter your home, compared to having a window unit or a wall-mounted one. This is due to the fact that the hole to install a ductless AC is small, so no intruder would be able to climb in through it, compared to the size of a wall-mounted air conditioner or a window unit.

Traditional air conditioners require an opening that’s big enough for some adults and teens to crawl through, so if home security is a concern, consider the option of installing a ductless unit.

With an air conditioning unit that works without ducts, each room is cooled individually, so smoke and other odors that normally pass from room to room remain contained. This is because the ductwork on traditional HVAC systems allows the scents to filter throughout the house. By omitting the ducts from the equation, the odors don’t have that particular way to move throughout your home.

This is an especially useful benefit for parents who smoke and who don’t want their children exposed to secondhand smoke. It’s also useful if there is anyone in the home who has breathing problems because it allows you to safeguard the air quality.

If you have an older HVAC system in your home, installing ductless air conditioning provides a way to support the older system and keep it working longer. Instead of adjusting the thermostat of an older system, which forces it to work harder to cool remote areas of your home, you’re able to set it at one temperature and then provide more cooling power to individual rooms.

In addition to the functionality and energy-saving benefits of ductless air conditioning, this type of AC unit can serve as a visually appealing way to cool rooms in your home. Instead of a bulky window or wall-mounted air conditioning unit, the in-room portion of ductless AC models are mounted high on the wall and they offer smooth, simple lines that blend in with the decor.

Easy on the Ears

With a traditional air conditioner running in the room, there’s typically a lot of background noise coming from the unit. That isn’t the case with a ductless system because the larger motorized unit is installed outside the house, and the in-room part doesn’t produce the type of noise you get from the motorized components of a traditional AC system.

Contact 128 Plumbing today to discuss having ductless air conditioning installed in your Wenham home. Our professional installers are on hand to answer your questions and get your new air conditioning unit working properly.